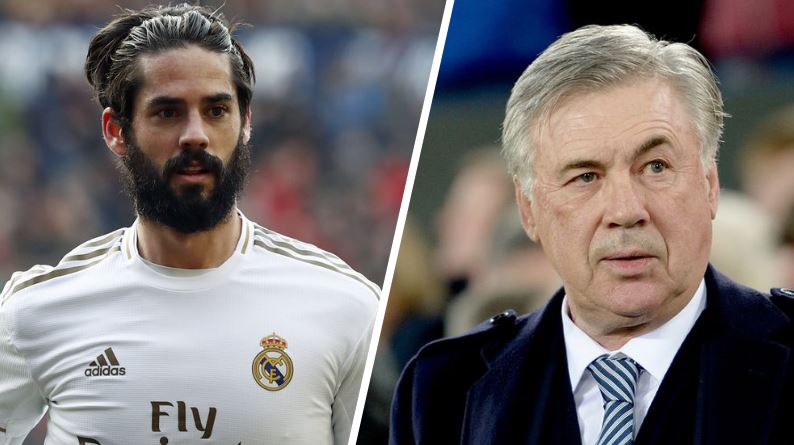 Everton boss Carlo Ancelotti has responded to the speculation that they are on radar of signing Isco on coming windows transfer.

Ancelotti is focusing on coming match against Manchester United and not Isco transfer, as both teams lost on weekend matches.

He said: “Isco is a fantastic player and [I have] a fantastic memory of him but now I am not, honestly, focused there.

“I am focused on an important week we are going to have to recover players and to be well prepared for the game against United.”

Read Also: Kelly Khumalo: ‘whoever says whatever.. not mine, I do not care

Carlo Ancelotti added midfielders Abdoulaye Doucoure and Allan to his side’s ranks, and landed the marquee signing of James Rodriguez from Real Madrid.

Ancelotti spent two seasons in the Real Madrid hot seat and made Isco his first signing upon his appointment in 2013.

The 28-year-old looking like not featured in Zinadine Ziadne’s future plans as they looking forward by bringing another midfielder.

Hitting out at his lack of game time last week, Isco said to Luka Modric and Marcelo: “If [Zidane] has to take me off, he takes me off in the 50th or 60th minute, sometimes at half-time.

“If he has to bring me on, he brings me on in the 80th minute,” before he and his teammates began laughing.

Isco’s remarks imply that he could make a move on January windo transfer or next summer which is why papers think Everton could be his next move.

Barcelona have announced departure of their sporting director Eric Abidal just one after sacking head coach Quique Setien in a wake of Bayern Munich...
Read more