Chelsea win 7-1 in a friendly match against QPR 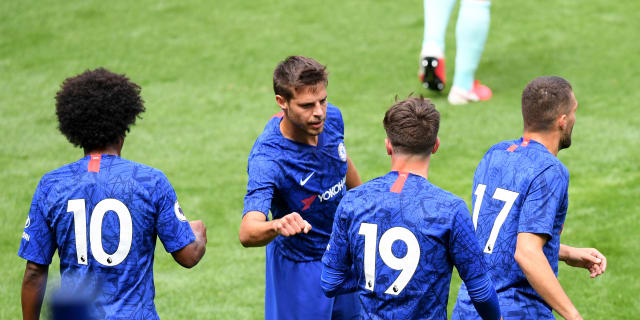 Chelsea have continued to shaping their side and showing good preparation for PL League return after following defeated QPR by 7-1 at Stanford Bridge.

Billy Gilmour has shown good performance during that match as he already shown it on two last Chelsea games before suspension after coronavirus pandemic.

Majority of the Blues squad were not in preparation for EPL return, Chelsea will face Aston Villa on Sunday, live on Sky Sports and Sky Pick, as the top flight resumes after being halted by the pandemic in March.

Tottenham Hotspurs beat Leicester City for 3-0 after their own goal from J Justin and Harry Kane doubled it in 37', 40'.The Tottenham has...
Read more

Chelsea boost their comeback on top four on Premier League standings after defeat Aston Villa by 1-2 after possessing more ball.Aston Villa got their...
Read more

Real Madrid have secured three points during their match against Eibar on Sunday to reduce gap against their rival Barcelona following their Saturday’s victory.Real...
Read more