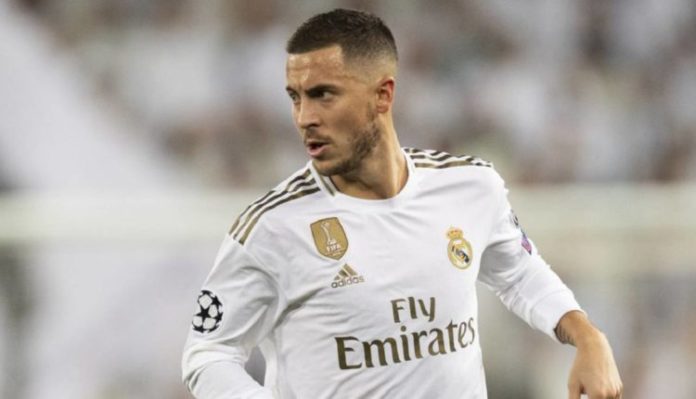 Real Madrid coach Zinedine Zidane saying Eden Hazard is fine despite being substituted in their 3-1 victory against Eibar.

Eden Hazard was replaced in 61 minutes to give him a room to recover and not injury as Real Madrid forward stats became doubt due to severe injuries.

We knew Hazard would probably lack a little sharpness if he played the whole game,” Real boss Zidane said. “He played for an hour, and played well, and he took a hit, which will do him good.

“He’s had a knock, a scare, but that’s football. He was fine at half-time, he was happy and he’s not afraid. He is happy with what he’s done and we’re happy with his work and that of the whole team.

“We have players up top who can always make the difference. I think when Hazard laid it to Sergio, he could have scored himself too, but he’s altruistic, so he gave it to Sergio. It’s unselfish and I love to see things like that.”

Paul Pogba made explanation on why Manchester United defeated from Arsenal on last weekend match in EPL standings.Red devil fans were furious of results,...
Read more

Arsenal midfielder Mesut Ozil joins list of other footballers like Marcus Rashford, provision of free meals to children during school holidays.Ozil teamed up with...
Read more

Tottenham Hotspurs beat Leicester City for 3-0 after their own goal from J Justin and Harry Kane doubled it in 37', 40'.The Tottenham has...
Read more