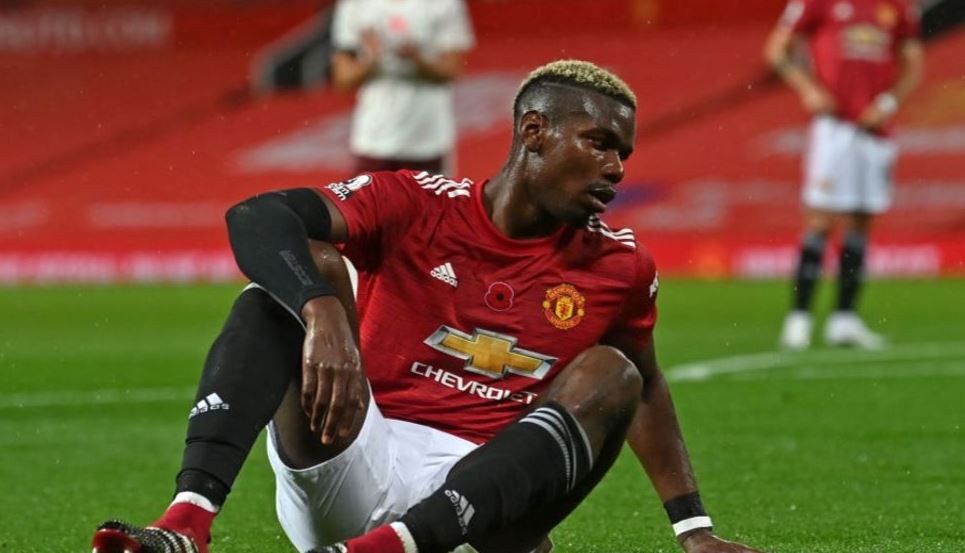 Paul Pogba made explanation on why Manchester United defeated from Arsenal on last weekend match in EPL standings.

Red devil fans were furious of results, pointing fingers to players and their coach after Aubameyang scored only one leading goal.

Pogba believes that they lost because they were outfoxed by Arsenal’s tactics in Sunday’s defeat at Old Trafford.

Pogba admitting the Red Devils struggled to adapt against Arsenal’s midfield three, “We need to do more with the ball creating chances,” he said.

“I think maybe we didn’t expect to be man for man, me and Bruno [Fernandes], but after this we can adapt, we have to find a solution but we didn’t.

“That’s why we weren’t dangerous with the ball.

“We keep a clean sheet in the first half, like I say, details made the win for Arsenal today, they were in shape, they were waiting for us to make the mistake.

“We have to do better, the team, myself, it starts with me.”

Paul Pogba brought down Hector Bellerin in the United area to concede the match-winning penalty at Old Trafford. The France international blamed himself for the mistake that cost the Red Devils the game.

He added: “We know it’s a poor performance. Myself, I cannot give a foul away like this. I thought I would touch the ball but I didn’t. And it cost us the goal today with the penalty.”

Arsenal midfielder Mesut Ozil joins list of other footballers like Marcus Rashford, provision of free meals to children during school holidays.Ozil teamed up with...
Read more

Manchester United striker Marcus Rashford wrote a letter to MPs calling for the Government to reverse the decision not to extend its food voucher...
Read more

Real Madrid coach Zinedine Zidane saying Eden Hazard is fine despite being substituted in their 3-1 victory against Eibar.Zidane impressed by his side performance...
Read more