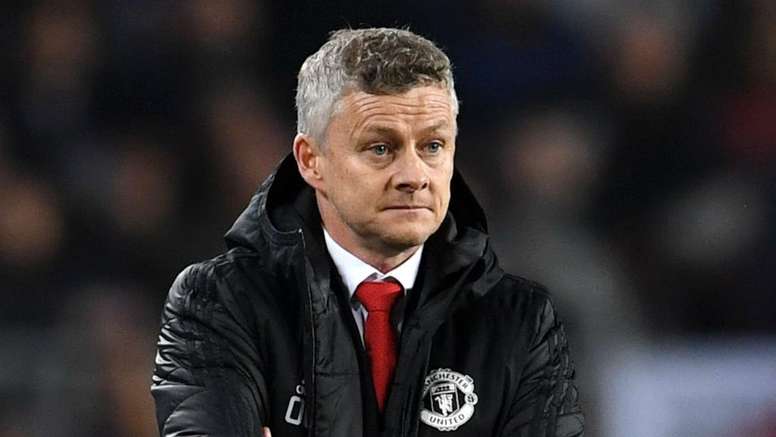 Ole Gunnar Solskjaer has responded to sack prediction made by Roy Keane following their three matches defeated at Old Trafford.

Pierre-Emerick Aubameyang scored the only goal of the game from the penalty spot as Mikel Arteta’s Gunners left with all three points from the clash.

Former Red Devils captain Keane hit out at Man United stars showing a lack of “energy” and “enthusiasm” after the match.

Keane said, “We were almost building up this season as make-or-break for Ole, but at this moment in time it’s not looking good for him. I scratch my head at players who don’t have enthusiasm for a game of football.

“Sometimes you say ‘there’s no reason to panic’. But the results and performances suggest you should be panicking. He says they are good boys and want to win but I judge a player by actions. My eyes don’t lie to me. The last disappointment was just a few weeks ago against Spurs – this teams reacts for a few weeks and get carried away with themselves.

“Well, in the first half there were no tackles, no fighting. In football now you have got to create atmosphere yourself,” said the United boss.

“These games against Arsenal were always fierce, tackles flying.

“We didn’t have the tempo or intensity today I think, absolutely, and I was disappointed for the first half performance.

“In the second half I thought we were better. Unfortunately they got the penalty and we just couldn’t produce the response.”

Paul Pogba also admitting that they were outfoxed by Arsenal’s tactics in Sunday’s defeat at Old Trafford.

He said the Red Devils struggled to adapt against Arsenal’s midfield trio of Mohamed Elneny, Thomas Partey and Bukayo Saka.

“I think maybe we didn’t expect to be man for man, me and Bruno [Fernandes], but after this we can adapt, we have to find a solution but we didn’t.

“That’s why we weren’t dangerous with the ball.

“We keep a clean sheet in the first half, like I say, details made the win for Arsenal today, they were in shape, they were waiting for us to make the mistake.

“We have to do better, the team, myself, it starts with me.”

Jose Mourinho says he faces plenty managerial criticism than others

Tottenham Hotspurs coach Jose Mourinho spoke about treat he gets from football lovers as he said he faces more managerial criticism than others.According to...
Read more