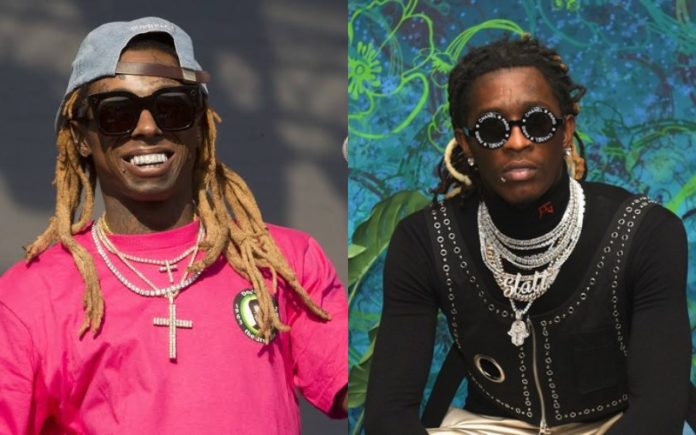 He revealed it to hosts Gillie Da King and Wallo267 on their “Million Dollaz Worth of Game” podcast.

Young Thug said Lil Wayne is his match because they are comparable in cultural influence, which is perfect for them to be in verzuz episode.

“You got to understand, as rapper, as hip-hop artists, you can only go so far,” he added. “I always just focused on the next level.”

Young Thug also recall their first encounter when Weezy ignored him, cause bad blood between them.

“The first day that nigga didn’t goddamn dap me up,” Thug told Gillie Da King (who has his own issues with Wayne). “Tried me. That nigga tried my pimping. … Left me hanging.”

The feud started after Lil Wayne’s tension with Cash Money and Birdman, Young Thug aligned himself with Birdman after Gucci Mane was incarcerated.

The war heat-up after Thug released his Barter 6 mixtape with the help of Birdman, while Wayne was fighting to get Tha Carter V released.