Zozibini Tunzi: ‘we are all beautiful in our natural hair or weaves’ 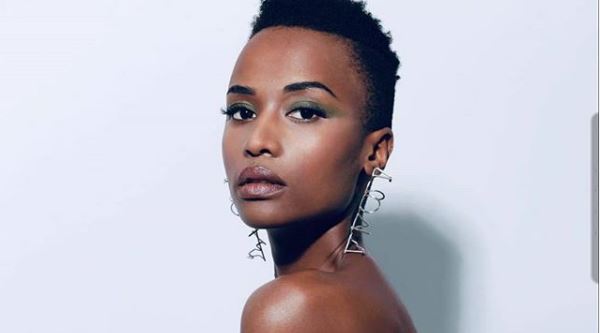 Miss Universe Zozibini Tunzi has responded to those who saying women wearing weaves are not beauty than those with natural hair like her.

The debate seems making confusion among Africans, there are some siding with those with natural hair and others believe that everyone has right to choose.

Zozibini is expected soon to rand in Mzansi for the 2020 Miss SA pageant.

Miss Universe shares her thoughts in this debate after tweep congratulate her achievement, suggesting that she is an example for women to ditch weaves and wear their natural hair.

Zozi replied to clarify the misunderstanding, saying women should be admired regardless of their hair.

“It’s actually not about that. It’s about autonomy. The ability of women expressing themselves however they choose to. It’s about saying we are all beautiful in our natural hair and in weaves for those who choose to. It’s not a competition but a celebration of ALL women,” wrote Zozibini Tunzi.

The user has since apologised for his says, saying he doesn’t *actually* hate weaves and he didn’t mean to offend anyone. Especially not the SA ambassador.

“I respect everyone’s choices and differences. I should also learn not to joke about those. I have nothing against the weave or any form of hair. I am sorry to everyone that my words didn’t come out the way I wanted them to. They came out offensive instead,” wrote the tweep.

Ntsiki Mazwai is among of those Africans criticizes other women for encouraging others to wear other race hair, she believes it is not a choice.

“There is no wisdom In encouraging black women to wear other races hair….. It’s not by choice. It’s indoctrination that taught them weaves,” she said.

In this debate Ntsiki believes those black women who are wearing wigs are not confident with their natural hair.

“Why are black women finding it so hard to admit that they lack confidence in their own hair…. And wigs make them feel prettier?” ……. she questioned.