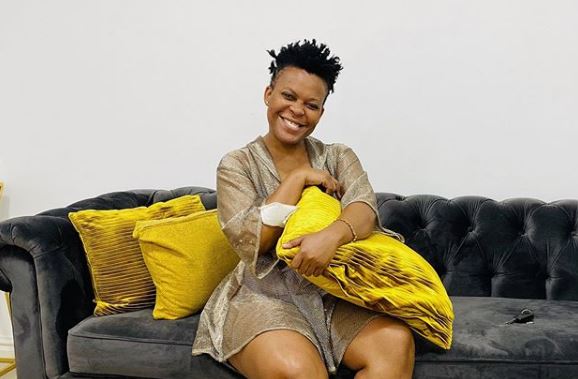 Zodwa Wabantu has made a shocking visit to Vusi’s sister after launching a manhunt against him for being a fraudster following his July’s expensive purchases.

In a video she shared on Instagram, Vusi’s sister claimed that she was going to find him, she also asking his brother to consider Zodwa’s reward pledged to the person who found Vusi.

“I’m at Vusi House I find This B*tch they Made the Video Together Sebenza Mali Yam Uzonya,” Zodwa wrote on her IG.

Zodwa Wabantu has accused her ex-boyfriend Vusi Buthelezi of being fraudster following his recent expensive purchases and his new lifestyle with new bae.

In the Insta video, Zodwa Wabantu claims Vusi lived in her house to make sure he is comfortable, he also mentioned items she bought for him as gifts including a R20 000 cellphone, R18 000 watch, expensive sneakers and clothing.

She wants all of gifts she bought for him back, “I am not scared of you…Give me what’s mine! I am coming for you!”

She says Vusi bought Audi R8 using Zodwa’s name and contacts presenting himself as her lover which makes her identify him as fraudster.

The dancer said she opened case against him as well wanting him to return all expensive item she bought for him.