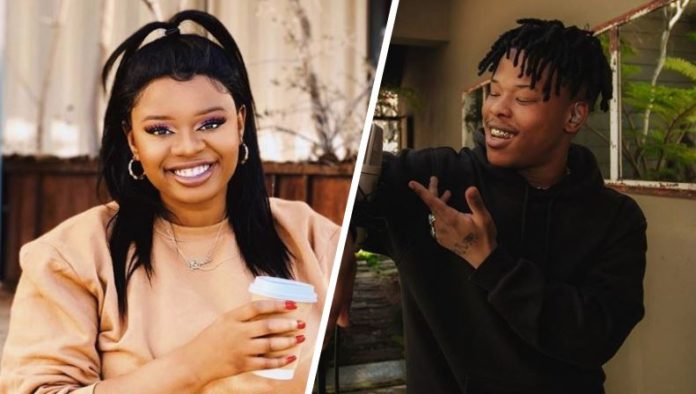 Thickleeyonce defends rapper Nasty C from claims he fat-shamed her on one of his track in album– Zulu Man With Some Power which was released last Friday.

In one of his songs, Deep Pockets, which features Rowlene, the rapper spits, “My shirt like Thickleeyonce, it’s all rounded/ Everybody jealous, everybody mad I read the secret, just to go shout…”

After rocking his album, some tweep tagged Thickleeyonce to see her reaction because they think that he fat-shamed her, the plus size model said she is not offended.

“He literally just means that his pockets are as chubby as me. Also, he reached out to me before he put it on the song, he asked if I didn’t mind & I told him I was hella cool with it, I’m not offended by people calling me fat, I’m offended by people shaming me for being fat.”

She also said that the rapper informed her before the release, and it was okay.

“Nasty C dm’d me months back about this, I was hella excited! Lol y’all must not bore me,” she said.