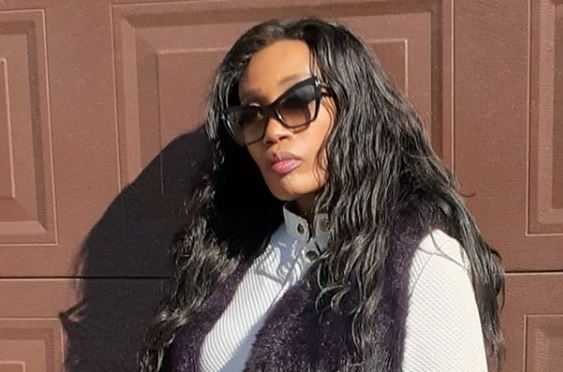 Sophie Lichaba has responded to fake news surfaced on weekend claiming that she was hospitalized, serious ill from stroke.

On her weekly Sunday post, she dismiss those rumours, “Happy Sunday Angels. I was reminded yet again that the devil is never happy with one’s restoration. As he meddles I move forward. Olebetse Satane whose daughter I am.. Living my life like its Golden. And it is!!

“Hear it from me darlings n My God as key witness “I’m living my life like its Golden” With this silly diabetes, I’m still here. We launch n celebrate those who survived not to mock them. We the true ambassadors of this survival movement. Toast to a fabulous life. Let them bored ones talk, akere they are bored, let’s keep them talking. Nna I’m just so excited you!”

Previously, the actress said fake news traumatised her family, especially her son, who knew the dangers of her falling into a diabetic coma.

“My family suffered. With every death rumour, my son is traumatised. It broke him because he knows that his mother is diabetic and a diabetic coma can come very suddenly, with no warning. It happens.”

She added that the reports took their toll on her physically and that after two days of having to fight them off, she was exhausted.

“It affected me. After two days of people calling me, I was taking strain. My body was aching. My husband had to massage me. That wasn’t enough. I had to go to a spa for professional help.

“SA needs to stop with the pull-me-down syndrome. It is bullying. How can you say someone is dead when they are not. You talk about death like it is nothing. People who are bored must go find work and not play with people’s lives.”

Sophie Lichaba noted how easy it was to share fake news and warned people to be vigilant.

“I don’t mind when people tweet tributes to me or pay condolences, because they are working with what they are given. We were not at the hospital. We did not speak to the family. They just believe what they read.”