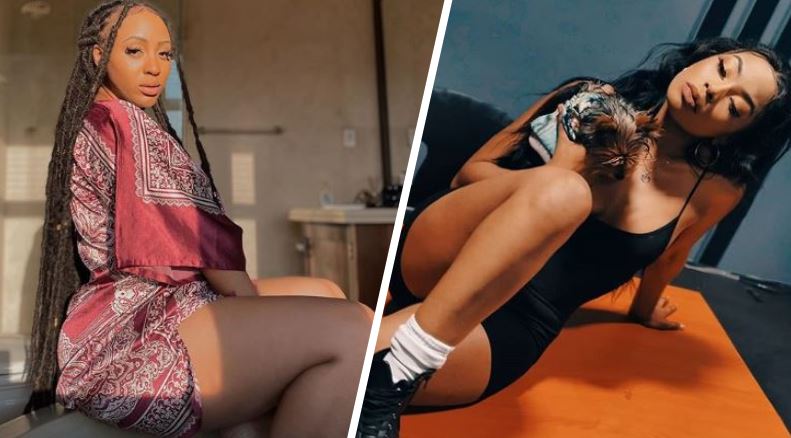 Rouge has dismissed claims surfaced on social media that she is beefing fellow rapper Nadia Nakai.

People are confusing with these claims following history between them as they haven’t yet working together but they are not enemies.

Responding to claims on Podcast and Chill with MacG, Rouge made it clear for the second time that she has no bad blood with Nadia Nakai, she said people just start drama to create beef.

“Honestly speaking, there is no beef. There is no problem between Nadia and I. It gets really frustrating, the fact that people are trying to create beef. It’s very very annoying,” Rouge said.

People speculated a feud after Rouge called herself as best female rapper in the game which made others believe it was shot to fellow rapper which is not true.

Back to 2019, Nadia Nakai was a trending female rapper in Hip Hop, for fellow rapper being self-proclaimed as best mean better than her which why others felt it was feud.

She reminded others to focus on their music and stop spreading hate and lies between them because it does not mean to work on that way.

“It’s also okay that we not friends. I’ve known Nadia for a while and it’s just that life pushed us in different directions. We have different circles and our different spaces. Not to say that when we do see each other, it’s not a thing if we don’t greet each other or such things. When I see her, I say ‘hi’ and she greets back.”