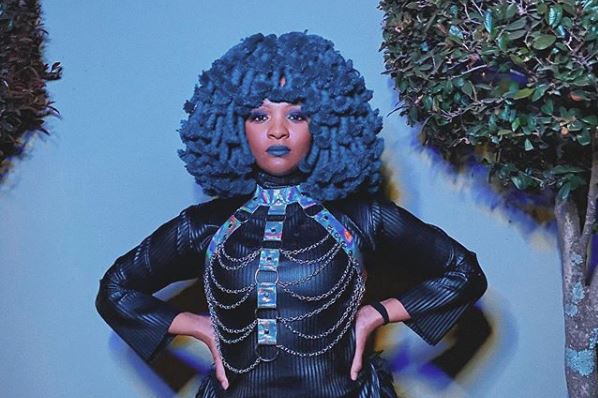 Moonchild once again is defending herself from negativity claims that she lacks self-intellect just for flaunting her body.

The musician point finger to trolls for claiming that those who are confident with their bodies lack “brains”.

“It’s amazing that by owning ur body and being confident,” she wrote on Twitter.

She added, “Society attaches confidence with lack of brains! But qhubekani both insecure males and not so confident females.”

Moonchild also slams the assumptions that a woman could only embrace her sexiness for a man after engaging to one post.

The post read, “According to society – women are only allowed to be ‘sexy’ for the entertainment of men. You may only dress ‘provocatively’, twerk and show your ass, talk about sex etc. when it is in the interest of men,”

The musician wonder on aspect that rapists also blaming women for their “animalistic” acts.

“It’s ridiculous. I mean it’s sad because even a rapist will blame you for their animalistic act! Somehow they need to be shareholders of your body. Funny enough, even their idea of you won’t change their respect for you! So girl respect yourself,” she said.