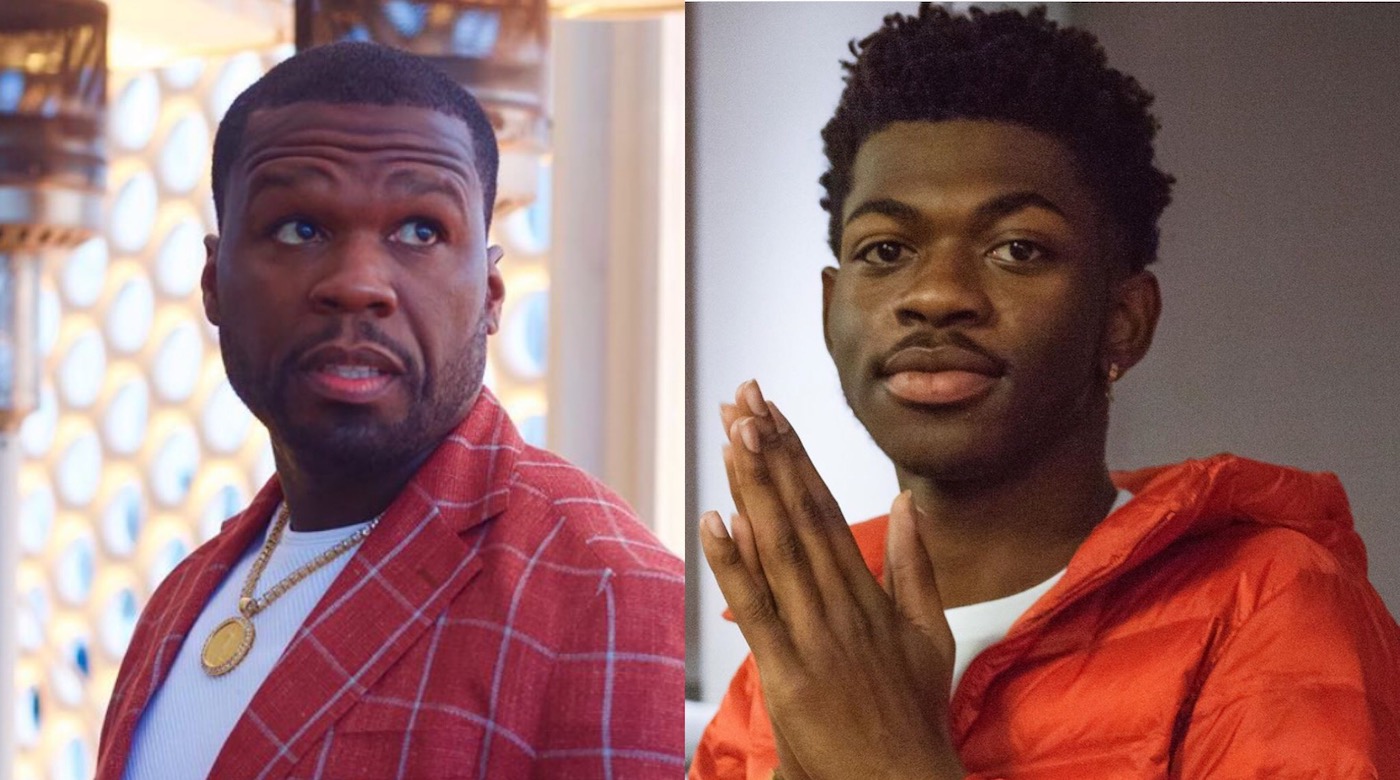 Lil Nas X has clapped back at 50 Cent’s shade after his Halloween costume, dressed like Nicki Minaj in Super Bass video song.

Left Halloween day was amazing, many celebs dressed and apply different styles from either movies or people who have shown such inspiration to the community.

It was a total tribute to the 37-year-old’s iconic outfit and styling from her 2011 video, as Nas X wore the same plunging pink and white animal print catsuit (with a prosthetic cleavage), pink and yellow wig and identical makeup.

Fans praised Lil Nas X for his creativity in Halloween day, but it’s looking like 50 Cent wasn’t impressed with his look that’s why he dragged him into his IG.

After the shade, Old Town Road rapper just clapped back by reminding him to mind his own business, he said, “why u in barb business?’ referring to Nicki’s nickname.