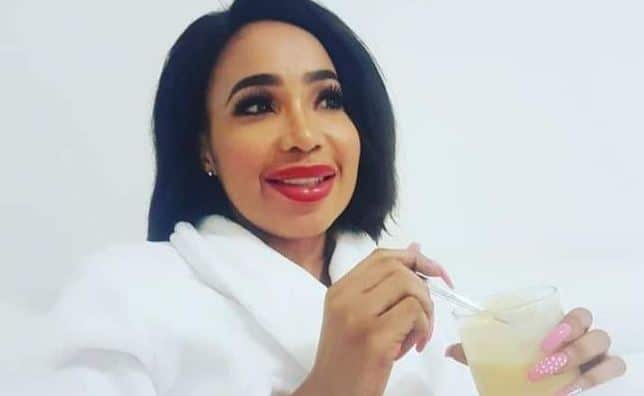 Kwaito star Mshoza has passed away, messages of condolences from fans and celebs are pouring in for the shocking news of her death.

“It is with great sadness to announce the untimely death of Nomasonto ‘Mshoza’ Maswanganyi. The Kortes hitmaker succumbed peacefully in the early hours of this (Thursday) morning. She will be deeply missed as an ultimate entertainer who loved being on stage. Not only did she radiate star quality, Mshoza was a media darling,” read the statement.

Mshoza gained celebrity status since she was a child after being featured to the fictional character of Sarafina from the film Sarafina! (played by the iconic Leleti Khumalo) from a very young age and had a fiery passion for dance. She began her career as a dancer at the tender age of 10 and fell in love with the limelight.

The late icon will be remembered for being associate at years of 90s kwaito music group Chiskop, then she discovered on Jam Alley by then presenter, Nimrod Nkosi, on the show.

Many celebs were shocked by her death news which circulated this day early morning, Khanyi Mbau was among of the first celeb who shared the news.

Other celebs use their social media platform to send condolence to her family and also pay tribute for everything she did in entertainment.

“RIP Godmother. The Gigi Gang Loves you. We will tell you all about the strides when we see you again. You opened it all up. You fought and lived a good one. A pioneer. A sister. A fearless women. Mbokodo. Her hit single , “Kortes” and opening up doors for young women in the Kwaito/ hip hop scene,” Gigi Lamayne wrote.

May her soul rest in peace……

Award winning author Jackie Phamotse has clarified her thoughts on other celebs, after saying that they are using witchcraft and snakes to gain wealth...
Read more