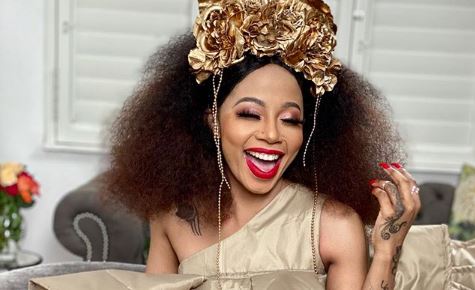 In a video, she darkened herself with dressed in ancient Egyptian royal clothing, meant to represent Bastet, the goddess of protection.

The way she represented herself cause different views as others slammed her for repeating a thing which was highly criticized in western countries.

Speaking with TshisaLIVE, Kelly Khumalo has defended herself from criticism as she feels sad that many thought a “simple piece of art” was a threat against their skin colour.

“I knew the criticism would come. I cannot blame them, a lot has happened where black people are concerned. It is such a shame that we see everything as a threat against our skin colour, even something as simple as art.

“I hope one day we get to a point where we see beyond skin colour. It is going to take a lot and I pray to God that we heal from all these things. But, having said that, Empini is simply art.”

She said African warriors would camouflage themselves when going to war, even darkening their skin if necessary.

“There is a story behind all this, and behind (her latest album) The Voice of Africa. Courage. Strength. Wealth. Power.”