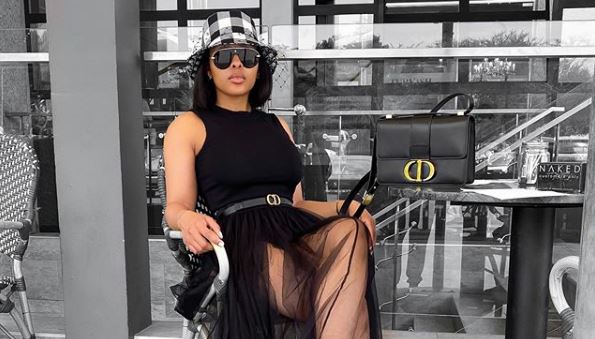 Media star Kefilwe Mabote has weighed in on Jackie Phamtso claims, accusing others of using snakes and dark magic to gain wealth and fame.

Jackie’s claims shock many celebs as most of them criticize her for being ignorant of understanding on how artists build their wealth.

We have seen now days many artists across the global rise their wealth through investment which attract our local celebs too to do the same.

Jackie is believing that many of them are using dark magic to gain their wealth which is trending conspiracy in Africa and other developing countries.

Kefilwe has joined others lambasting her for opposite views on others, saying many will scare visiting snake park in connection to fellow star comment.

She captioned her post. “People will now be scared of sabaweling a Ssssoft life and going to Ssssnake parks because bazothi “Sssssithwele”lives”

After receiving backlash from fellow celebs and other followers, she clarifies her thoughts while some traditional healers backing her.

She said, “I said what I said!” She captioned her address. ” I can’t force someone to do a live’ when they feel threatened. I had to wait like everyone. It’s important to respect people and give them a fair chance. He doesn’t normally do live’s and this is way beyond hi, I truly tried guys.