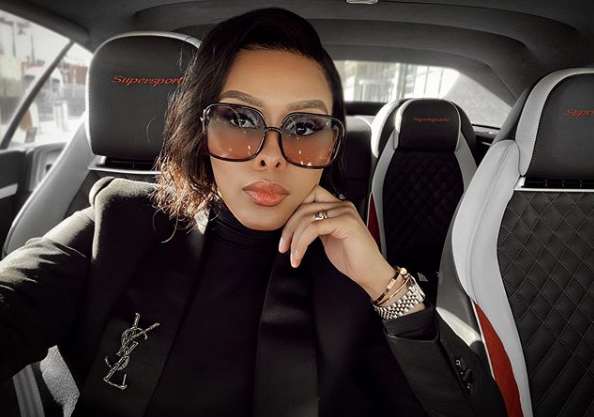 Edwin Sodi was trending past wto weeks after being arrested for his involvement in the controversial multimillion-rand asbestos audit contract saga.

The Hawks seized over R300 million worth of his possessions and over twenty-five luxury cars.

Kefiliwe dragged during that time as some commenters accused of using illegal wealth from Edwin to luxury lifestyle.

She recently released a statement concerning those claims, confirmed that she has decided to take legal actions against Sunday World after being called a “Slay Queen “who is on the “bedroom roll” of rich men.

“The Sunday World Newspaper dated 11 October 2020 published an article on me branding me a “Slay Queen” on a “bedroom roll” thereby placing my brand in disrepute.” She shared.

“I have decided to break the silence and take legal action. As this is now a legal matter, I ask that we respect the legal process and shall not be conducting any interviews on the matter until it has been resolved. Thank you.”

Speaking about her relationship with Edwin, Kefilwe Mabote said that she and her boyfriend are still in relationship and happy, she is well and destructed by those claims.