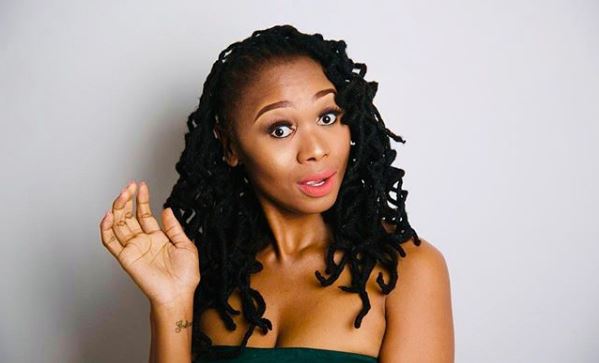 Award winning author Jackie Phamotse has clarified her thoughts on other celebs, after saying that they are using witchcraft and snakes to gain wealth and fame.

Her views were highly criticized by majority celebs, as many poke funs on her for being ignorant for not understanding on why others are successful.

In an IGTV Live video that generated over 100,000 views, Jackie said her commentwasn’t target majority but some of them, people caught her wrong.

Other celebs like Kefilwe lambasting the author for sharing opposite views on others, saying many will scare visiting snake park in connection to her comment.

She captioned her post. “People will now be scared of sabaweling a Ssssoft life and going to Ssssnake parks because bazothi “Sssssithwele”lives”

She took to Instagram and said, “The Bare Nation is strong man. I don’t even have to say a damn thing. Thank you for defending me, honestly I was drained and need time to pray.

“You are fighting my battles and it’s hard I know. But remember why we are doing this … we have to protect our youth because they don’t know better.”

Jackie claimed SA had “weak leaders” and that she was trying to do her best to help those she can.

“I promise you it’s painful to be the only one standing up and voicing out issues but I know someone needs help. Don’t let them silence us.”

Jackie revealed she was in “deep prayer” as some people want to see her voiceless. “I won’t give up now. I promise, please don’t give up on me.”