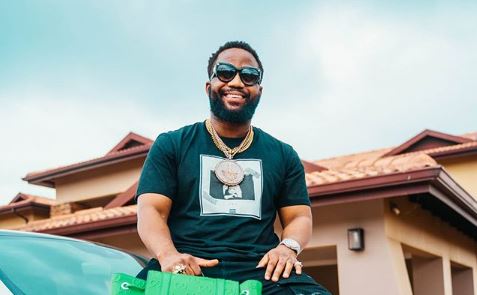 Cassper Nyovest has big plans to his son, Khotso, one of it is to keep him out of spotlight something that his followers did not expect.

As you know, most of celebs use their platform to create young famous but Cass is not one of them because he knows the risk.

Most celebs are living fake lifestyle, facing many enemies and haters something that Cassper sees as a risk to put kid on it.

This week, many followers were expected for him to introduce young king to social media but the rapper said it won’t happen as a best way to keep Khotso from social media’s enemies.

“Prayer has been my weapon! That’s why I won’t post my child on these platforms. Besides the millions that love us and want to share with us, we are also amongst real life witches and they prey on moments like these or people like us,” he said. He added that he was careful to “never be caught off guard”.