Babes Wodumo and Mampintsha are engaged 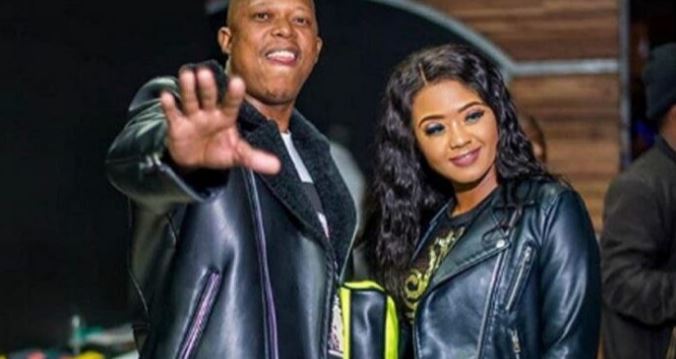 Babes Wodumo and Mampintsha are taking their relationship into next level, he proposed it and she said yes!……. Congratulation to them.

The two seems loving each other than ever, looking strong together and seriously than before. The two were silent for some months, looking like now they are ready to take it to next stage.

In a series of videos shared on Instagram, Mampintsha can be seen going down on one knee with a ring in his hand, as presenters tell Babes — who looked like she had no idea about what was coming — that the proposal was real.

While most of the things Mampintsha says in the video were drowned by the screaming of the people who were witnessing their big moment, he can be heard telling Babes that they’ve been together for a long time and he feels it’s time.

Their love life was going to be documented on a reality series on Moja Love called Impilo: Mampintsha WestInk. The trailer shook many fans who could not wait to indulge on the show and criticize Babes for staying with an abuser. But following the reception they decided it was best to halt the airing of the show, hosted by Jub Jub. The second trailer sent chills as the abusive natures of both Babes and Shimora became evident.

Following the cancellation of their highly-anticipated docu-series, Babes Wodumo and Mampintsha have issued out an apology to fans.

The couple was granted a court interdict to halt the airing of their series on Moja Love. Their reality series was going to let fans into their private lives and have then see how their relationship went on a downward spiral.

Disappointing their fans and viewers on the rescheduling of the series, Mampintsha issued an apology and explained how they wish to better their image as individuals and as a couple.